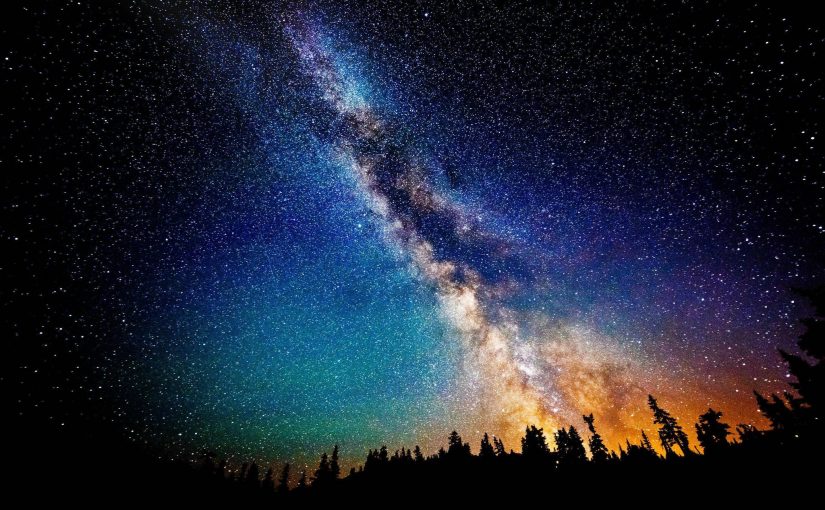 We are “Eran People.” That is, we are all travelers who board a common vehicle of the time and travel. The earth also boards this vehicle of time. Everything which exists in this world travels along time. Moreover, the earth physically travels in the universe.

Why does time proceed? It is because people established a standard of time such as one second, one minute, one hour, one day, and one year, and recognize time. This seems to be applied only to human society. However, this world exists under a cycle. Not only people divided it for their convenience, but also one day is one rotation of the earth. One year is one revolution of the earth. In a cycle with the four seasons of spring, summer, autumn, and winter, plants sprout, bloom, leave seeds, rest during winter for a while, and sprout again in spring. The time proceeds with such a repetition. Therefore, the cycle was not made by humans. Everything else in the world is also bound by this structure.

Now, we are facing a historical turning point in such a great cycle. You have begun to realize such a transition of the era, so you have encountered this message. Now, the global environment and world affairs have faced the peak of confusion. However, the era always continues to move toward the future. Therefore, the current chaos will surely settle sooner or later, and the world will not continue to move forward in this extension. If we are not blinded by our desires, we will see that the era is coming to a dead end, just as the seasons change. Now that we have faced an unprecedented crisis in human history, the era is telling us that we need to transform our attitude.

How should we live in the coming era?

The 21st century is the beginning of “the Eraism.” Those who live “the Eraism” are not controlled by their own desires, and can live freely in the world. “Eran People” are universal travelers.

“The Eraism” is a new way of living which will replace the conventional ideologies such as communism and capitalism. Communism was supposed to be an ideal world which humans thought of. However, nature was not incorporated into the base of communist society. Therefore, communism has developed with environmental destruction. Capitalism has stimulated human desires, generated competition and disparity, and brought contradictions to nature. So, capitalism has followed the same road with communism. Ironically, an extremely arrogant word such as natural preservation has been created in such a society. Therefore, capitalism will surely mark an end sooner or later. An ideology which emerges after communism and capitalism is that humans are not a main character, but the era is alive and has a will. Then, we humans will be able to reach a level of creating this world with the era.

The future is always unknown, and time always moves forward. Therefore, when we live the era, we always travel toward an unknown world. A destiny we will reach, brought about by the will of the era and the universe. If humans can see their own future, then the era would have to move along with human speculation. However, the era is weaved beyond it.

Looking back on recent human history, it was an era of destruction where human activities did not harmonize with the world. Even if people reflected on it and tried to change the situation, they would just continue to create a society for themselves after all. Their attitude is far from the universal will, which requires completing a world with a bigger frame as an extension of human roles. Historically and universally, humans were not born to create the era with their own will. Each one of us was born and will die, but we are just a part of one life for the whole of humanity and all living beings on earth. Even the earth and the universe is one life, and all of the worlds operated within them are stories.

The main character is the flow of the era and the universal law, which has a will. In order for that to express something through the era, we humans were brought down on earth. Unless we are open to read and understand a story, which will be expressed on the stage of the earth, it is impossible for us to receive the will of the era and live with it. It is said that our ancestor, Homo sapiens emerged on earth 200,000 years ago. Going back further, several million kinds of living beings have existed on earth so far since the first life emerged on earth 4 billion years ago. Out of all, it was about 70 million years ago that Tyrannosaurus swaggered on earth, which is considered “the strongest creature in the history of the earth.”

The era of dinosaurs was a part of the universal project. How big and strong can a creature become? A small and weak dinosaur, which originally had a full length of three meters and a weight of 75kg, expressed the will of the era. Through environmental changes it reached its height as Tyrannosaurus, the strongest creature during the history of the earth, which had a full length of 13 meters and a weight of 6 tons, over 100 million years of evolution. However, they came to an end when they exhausted their resources due to conquering this world, destroying other creatures, and ate each other. After they reigned as the strongest creature in the history of the earth, there was a scene where they killed each other. This figure was the same as modern people. In a current society where wars and conflicts do not cease, humans are like eating each other.

Looking at the history of biological evolution on earth, six great extinctions have occurred in the past 600 million years. The previous extinction occurred about 65 million years ago with the dinosaurs. It is said that there is the possibility of another extinction for living beings in the near future. According to statistics, we can say that we are moving toward an extinction right now. Each extinction occurs for a different reason. 65 million years ago, when a huge meteorite fell to earth, an unexpected ending for the dinosaur era came. Dinosaurs were forced into extinction by the subsequent dramatic environmental changes. But, even if the meteorite did not fall to earth, Tyrannosaurus might have been destined to become extinct anyway by eating off the other dinosaurs. If the earth is considered as one life, humans seem to be cancerous cells on earth. Therefore, considering the balance of the global ecosystem, we can say that such a creature has to be destroyed.

Comparing dinosaurs with humans, humans are given an ability to see the era from the past to the future. On top of that, an ability is hidden within them to understand the structure of the world and even to create the world. In a sense, it is humans that were given the highest ability and the biggest influence during the history of earth. If Tyrannosaurus is the strongest creature during the history of earth, we humans are “the greatest masterpiece.” However, great human ability is like a double-edged sword. If people continue to use it for their egos, they might bring about the next extinction. If they use it effectively, they also have the possibility of bringing a more advanced world, by overcoming the extinction crisis. The universe might require this of humans, to go beyond the lesson of Tyrannosaurus.

10,000 years ago, when humans still led a primitive life, they lived with the structure of this world. Whether they flourished or fell was up to the will of the era. At that time, humans emerged as one character in the history of biological evolution on earth, which interlocks with sunspot activities, crustal movements of the earth, and the transition of the era. In early time, it was a scene of humans who lived naturally with plants and animals without expressing their own will.

However, as Tyrannosaurus evolved to be the strongest creature during the history of the earth, humans have evolved to become a creature with the greatest ability during the history of the earth. It is humans that have evolved with the establishment of the ego. Each individual was given a hope, a miraculous ability and mission of self-realization. Out of all living beings on earth, it is only humans that have wishes and were given an ability to accomplish them. In the past, they have considered gratifying their wishes which came up within themselves as their life purpose, and have been controlled by their own desires.

Originally, living beings were not in a position where they could accomplish their own wishes. However, accomplishing wishes is gratifying desires, and humans have ended up becoming captivated by them. The more humans try to accomplish their wishes and the more their wishes come true, human desires expand infinitely, and their egos become even stronger. Now, such modern people have spread contradictions to the world, and have faced the peak of chaos.

This is a great universal experiment for if such an ability was given to humans, what kind of ending will they face? Furthermore, this is a great challenge for how humans will overcome contradictions, which they have brought about for themselves and this world by gaining such an excellent ability.

Now that the door of the 21st century has opened, the era of a new millennium from the year 2000 to 3000 has begun. We have shifted from the era when humans saw their own possibilities to one when we know who we are in this world and live through the truth of our life’s purpose.

The era has arrived when the earth itself and the whole of humanity will become awakened. This is the beginning of an era when all humans will understand the meaning of boarding the Spaceship of Earth. They will express the will of the era on earth, which is an oasis created in the universe, and a miraculous utopia.

The era is alive and has a will. Originally, we humans stand at a position where we sense the changes of the era and live along with it. Therefore, we do not have to try to create the era with our thoughts.

From this viewpoint, the world is one. Everything moves as one along with the era. This is the true figure of the universe. When people with such a consciousness emerge on earth, their vibrancy radiates in the world. Then, those who resonate with it take action, which will change the world gradually. When more people who resonate with it take action and their vibrancy spreads throughout the world, such a chain of awakening moves the era. The vibrancy of awakening settles confusion in this world, embraces the earth which has been damaged by human activities, and restores the earth as an originally beautiful planet.

The time has arrived when we release ourselves from the frame of our egos, and live freely in the infinite universe. When our desires and ambitions disappear from inside of us, the universal truth will emerge. Then, we will be able to stand at the most appropriate position which is in accordance with the reason why humans were born. Those who become aware of such a truth read the era, feel its flow, and become “Eran People” who live here and now.

This is a message that the era is telling all people living on earth at the beginning of the 21st century.