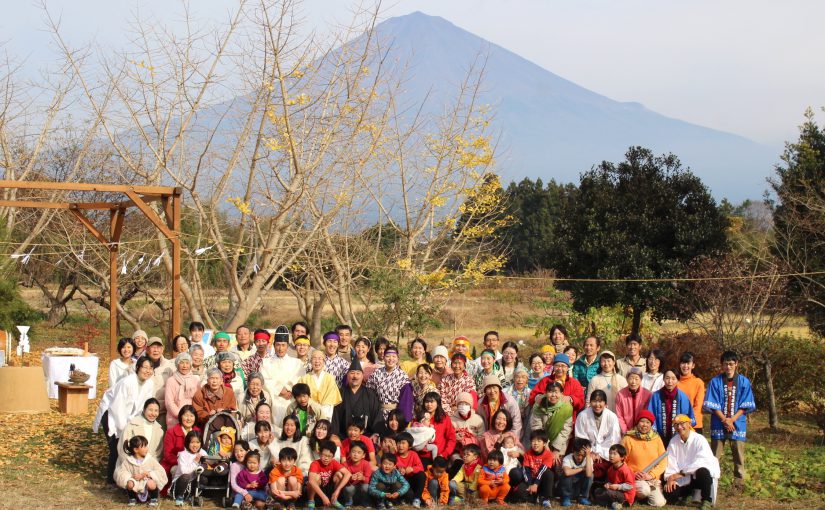 Konohana Family held the opening ceremony for the global event “the WORLD PROCLAMATION 13:13 FOR THE VIBRATIONAL ASCENSION OF ALL HUMANITY” that was hosted by the Mayan Solar Tradition in Mexico.
In this event, people from all over the world participated in liberating the spirit of humanity in order to build a world in which anyone can live happily with affluence and dignity. The ceremony was comprised of a sequence of rituals and various expressions of faith so that the spirit of human beings would be liberated throughout the world. The Konohana Family located in “the Country of the Rising Sun, Japan” held the opening ceremony as the first one.
Coincidentally, from December 22, 2020, it is said that “The Era of Wind” will begin in the universe, and the name of the ceremony turned to be “The Wind of Hope Ceremony.” (Please see below for details on the ceremony.)
The following is the opening address by Jiiji, one of the founders and also a spiritual leader of Konohana Family.

Let’s blow the wind of hope throughout the world!

This is a miracle of the universe that so many lives develop infinitely on the earth. The characteristics of these lives are harmonized and cooperate with each other, and together, are expressed as one ecosystem. This expression is a microcosm of the universe, which is an expression of harmony, goodness, and love. It is as such that the life ecosystem of the earth cannot exist without great harmony. This great beautiful circulation of life spread all over the earth is constantly materializing into the future.

However, in recent years, this great circulation has been destroyed and polluted by human activities, casting a dark shadow on the society that we have created. The proliferation of covid-19 throughout the world, and the frequent occurrence of natural disasters due to global warming, are the result of how human beings have been trying to live affluently by using our material wisdom. Why is this situation occurring as a result of trying to live an affluent and happy life? It is because we human beings have forgotten about other lives and also the spirit of great harmony. This phenomena is not limited to just these recent times. It is said, that it has been 6500 years since this modern civilization has been developed using human wisdom. From the point of view of humanity, this modern civilization has been a development of hope. However, it is said that the phenomena that this civilization has brought about in these present times casts a dark shadow on the life of the entire earth.

What do we have to do now? What should we do to find new hope?

The essence of life is that we exist as a whole before we exist as a self. A nation is built on the harmony of the people who construct the nation, and human beings exist to express the great circulation of the world, in which all other lives are healthy. The basis of that spirit is to think of others, and connect with others. That spirit generates harmony and creates a peaceful world.

The great source of that spirit exists in the great universe. From an era in which we scramble, compete for natural resources, and create disparities, we should become awakened to the universal spirit at once. As a beautiful and infinite expression of harmony, this world, as well as all of the stars, are weaving throughout the universe along with all of the lives on earth, as a miraculous circulation of life.

It is easy. Such expand your self-perception, and think of others as yourself. We are the earth, and a being in the universe. If you realize this within yourself, it is very easy to resolve the contradictions of the current society.

Many people have not become aware of this as of late, but, there are many people beginning to emerge on Earth who are aware. We declare the beginning of awakening, from the land of Mt. Fuji in Japan, and allow the wind of hope to blow. This wave of wind goes around the earth and wraps this whole planet with harmony. You do not need to make an effort. If each individual just thinks of the true state of human beings and the true state of the earth, their wills shall connect from person to person, to resound and embrace the earth.

Why was it not possible before and why is it possible now? That is because the new wind, the cosmic wind, will begin to blow as of the 12th month of 2020. I am very pleased to be here with everyone and to receive this awareness for this opening ceremony. This small vibration will eventually embrace the entire globe, and that will make the Earth, a miracle planet, a truly beautiful world. Who will take the lead? It is our responsibility to awaken, for we human beings have the highest ability and the most precious gifts amongst the lives of the earth.

Today, at 13:00 o’clock on December 13th, we will deliver the opening ceremony from Mt. Fuji in Japan. Let’s blow the wind of hope for the awakening of human beings throughout the world so that others may sense our anticipation. Thank you very much.

At the ceremony, a new song of the Konohana Band, “Wind of Hope” was sung. 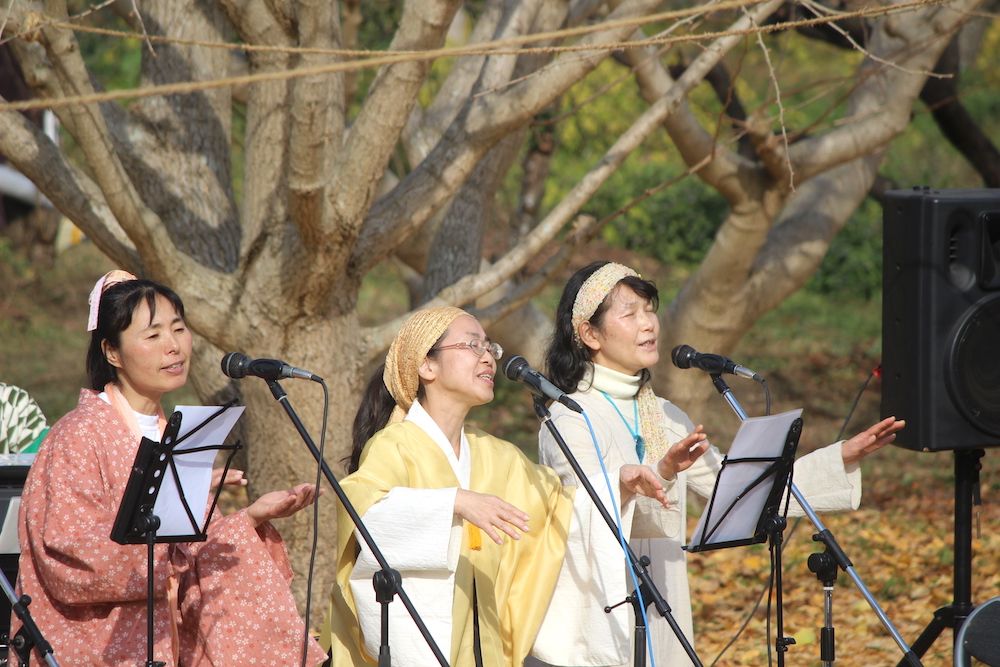 At the horizon of the dark universe
A faint light has begun to spread
What kind of era will begin?
Now, a heavy door is gradually opening

To the people who lost hope
Let’s go towards the light
From the edge of despair
Go beyond the uneasiness and fear
By bringing forth our forgotten wings
Now, let’s spread our wings and fly

In the dark universe, a wisdom is spreading
Why do people not know about this?
No matter what kind of darkness covers your heart
If you open the door within, a light will flow through you

To the people who lost hope,
Let’s begin to walk the path of truth
Overcome uneasiness and fear
When you start flapping your wings
You will hear encouragement soaring from the stars

To know love, there is hatred
To know light, there is darkness
It is up to you to release
All of the thoughts that are hidden in the darkness

Finally, a new wind is beginning to blow
In order to connect everyone’s hearts
If the wind of hope connects everyone
Miracles will take place throughout the world 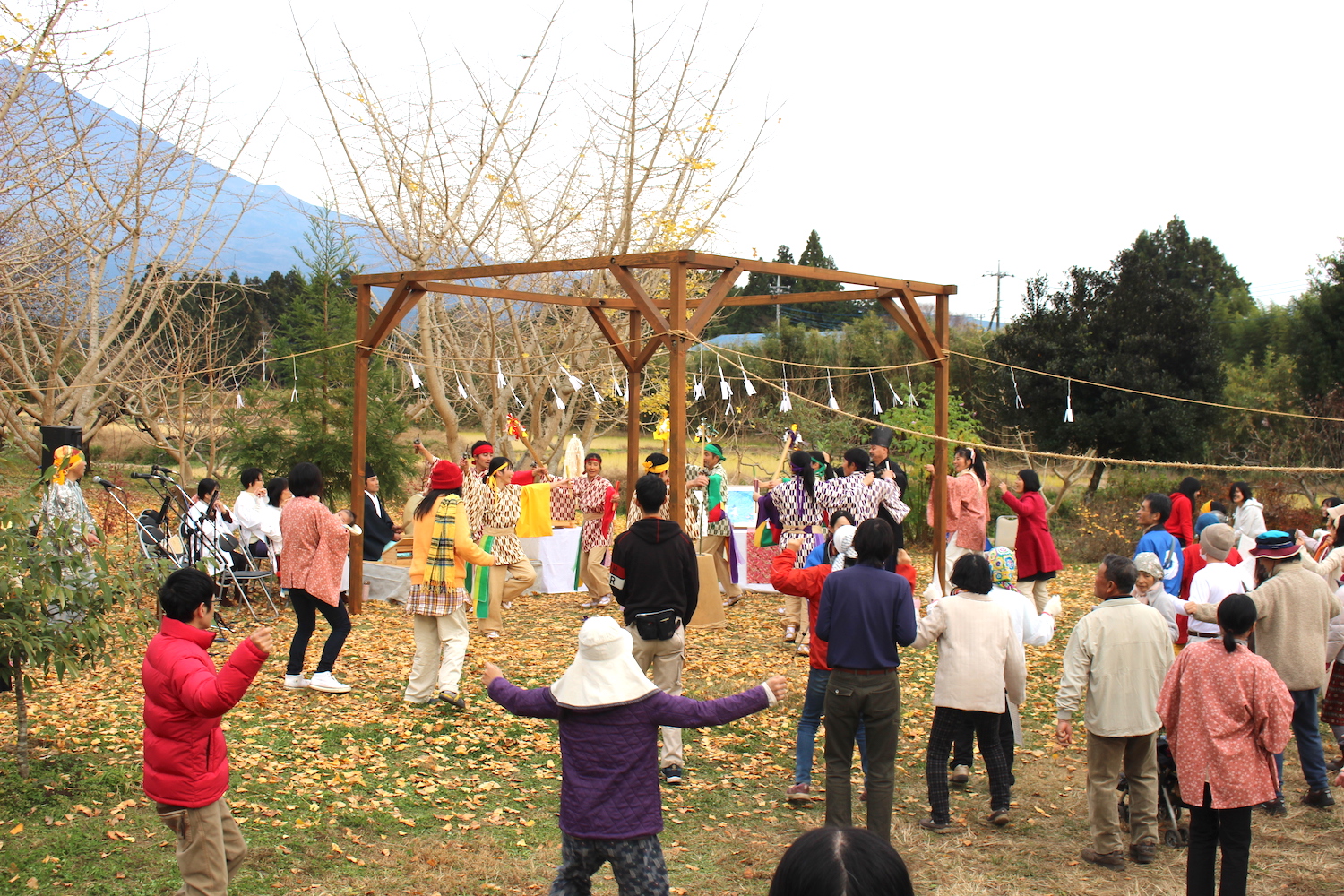 ＊You can watch the video of the entire ceremony from the Facebook livestream.