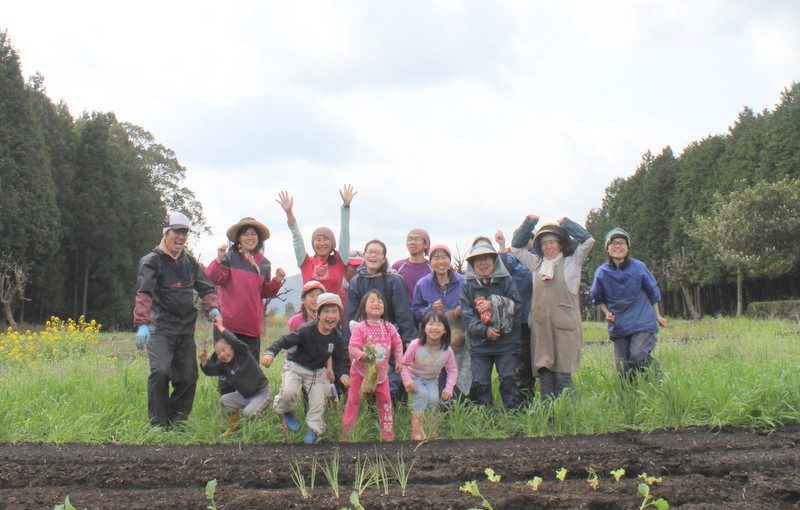 Konohana Family has issued the Newsletter every two months in Japanese with rich contents which can help lead human beings in a new way of life for the next era.

The universe is shifting towards the direction of light, and the people who live in the current era have a certain mission on this planet.
Let’s awaken and work towards this direction together!

When agriculture changes,
the world changes!

A lively season has arrived at our fields this year, too!
We deeply breathe in a vibrancy full of life, as those who live with the farmer’s spirit is our basis, on an earth where young leaves sparkle in the warm sunlight, colorful flowers bloom, and many insects fly lively around. How rich a world of life is when woven by nature! From a long, long time ago, humans have received abundant blessings given by nature to live, and also our lives have been supported in the circulation of interdependent beings. 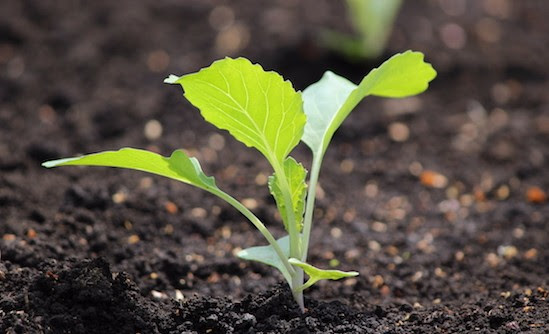 However, before we knew it, people came to forget about communicating with nature. “I want to be rich”, “I want more”, such thoughts have expanded in the human mind, and people came not to see nature’s blessings. As a result, they began to distort nature for their own convenience.

At many agricultural sites, farmers do not communicate with crops, and a large amount of chemical fertilizers remain in the soil in quantities that cannot be absorbed. As a result, it has flowed out and polluted underground water and rivers. The crops, which have lost their life balance by unnatural fertilizers, have a reduced resistance to diseases and insects, to a point where agricultural chemicals have become necessary.

Both agricultural chemicals and chemical fertilizers have been made through the development of chemical weapons during the past major wars. In the postwar era, the US started to control food in Japan, by shifting bombs and tanks into agricultural chemicals and chemical fertilizers. Many people who were driven by greed followed this, and a disintegrated world commenced. Those who sought production succeeded, the diversity of crops disappeared, and the ecosystem began to lose its balance.

In fact, the food which we humans continue to eat every day look healthy but they continue to destroy not only nature but also our own lives. This is the reality of the agriculture method, which is the mainstream of the modern era.

However, when humans are trapped in something visible, their consciousness comes to circulate only in the “visible world.” This is the figure of modern agriculture. Common farmers tend to arrange only the appearance, and do not see the potential nature of existence. As a result, they repeatedly produce crops superficially, and then increased the distortion of this world.

However, when we get out of this trapped state, and understand the whole system of this world, we will be able to see how subtle, beautiful and infinite the world is. Then, we do not need to live with greed and anxiety, and everything will come to us with great abundance, just by receiving things as they are.

We farmers cultivate our fields in the society through producing food which is truly beautiful and full of universal life force. Agriculture is the basis of human life. When agriculture changes, the world greatly changes.

We have sought true wealth and reached here —

Welcome to an exquisitely beautiful world!

Let’s have a look at
the history of FARMING!

In the vast universe, the earth incessantly moves forward.
We are constantly moving forward with a new world.

Human and Nature are one

➡ They began to settle down and form societies

Humans put more priority on knowledge and technologies than intuition.

GRATE AGRICULTURAL REVOLUTION AFTER THE WAR

To recover from the devastation of the war, increases in food production were required.

Beneath the surface of agricultural exploitation, vast issues have arisen related to: environmental pollution, ecological degradation, and the depletion of ground water through abstraction techniques.

Here below is an Introduction to Modern Agriculture –

No.1 Cause of Environmental Pollution
Chemical Fertilizers, Agrichemicals, GMOs, and Seed Manipulation

➡ Human cannot see that the cause of the problem is themselves.
Human only see the surface of the phenomena, and tolerate it, without improving their attitude. Consequently, this creates more problems. 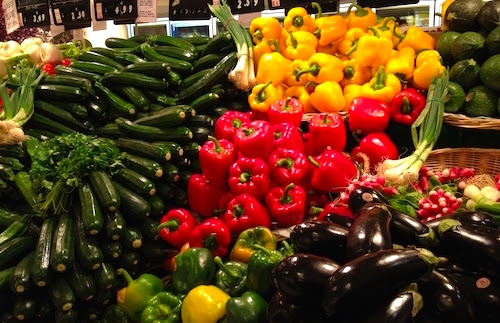 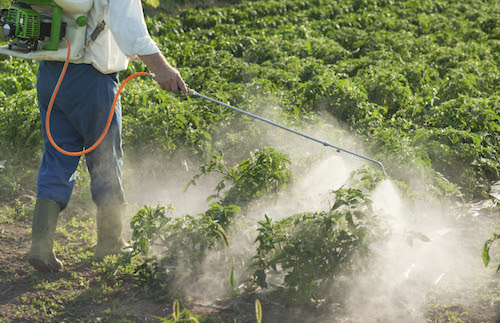 Distorted crops will be distributed to a society that have no place in nature, and invade the physical and spiritual body of humans.
➡ A Chain Effect of Distortion

People forget the will of universe since they are trapped with the desire to fulfill their own benefit and convenience.

They are restricted by their desire for money and the rules wrapped with consumerism, so their purpose in life is to live for selling crops, and live without a priority on nature.

Put more priority to oneself than a will of universe.

The Gap between the Theory and Practice of Spirituality. 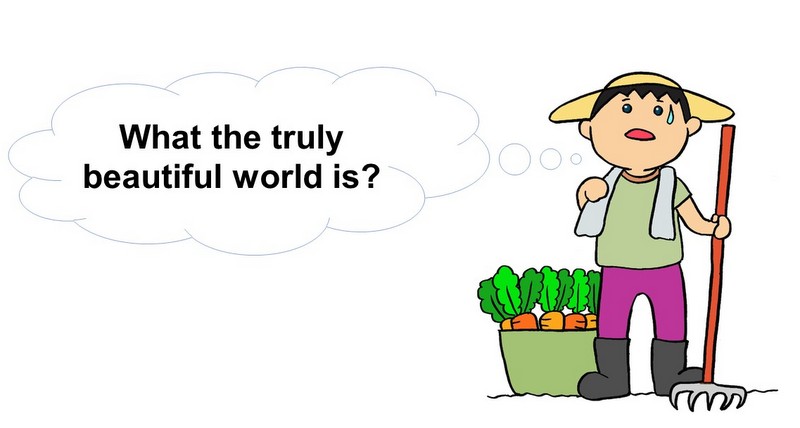 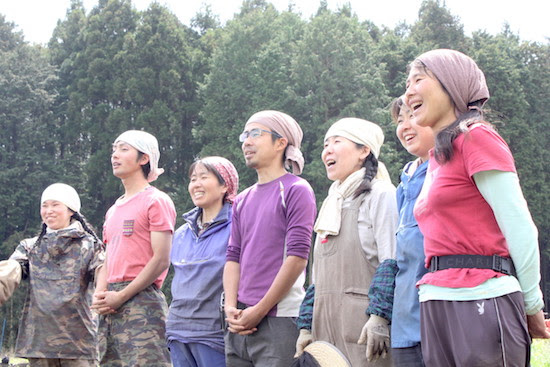 “Universal” means the original and pure vibrancy which is not distorted by humans, and the way the whole of the universe is.

We are a life that has been given a particular role in the universal system of lives, which are interdependent with each other. When you realized this fact, humans can release their own ego, and perceive the world of vibrancy as the deepest part of life. Humans can harmonize with the most beautiful vibration of existence, and live with all other creatures, together, in the rich circulation of life.

“Universal” means the original and pure vibrancy which is not distorted by humans, and the way the whole of the universe is.

We are a life that has been given a particular role in the universal system of lives, which are interdependent with each other. When you realized this fact, humans can release their own ego, and perceive the world of vibrancy as the deepest part of life. Humans can harmonize with the most beautiful vibration of existence, and live with all other creatures, together, in the rich circulation of life.

When you live with the universe, without planning, naturally lacking elements will be compensated.
＝ The world which is everything circulates abundantly and does not need to have uneasiness and compete.

In harmony, crops grow spontaneously with an abundance of life force. 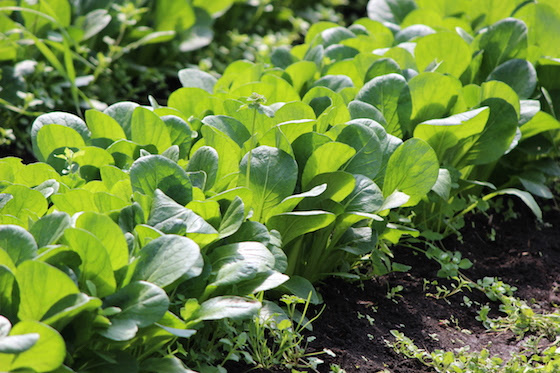 Farmers learn the system of this world with crops, gain an ability to see through the nature of things, and nurture the source which make life more beautiful and healthy. That vibrancy spreads to the society as food and the whole society becomes more beautiful.

The state of all life becomes active and 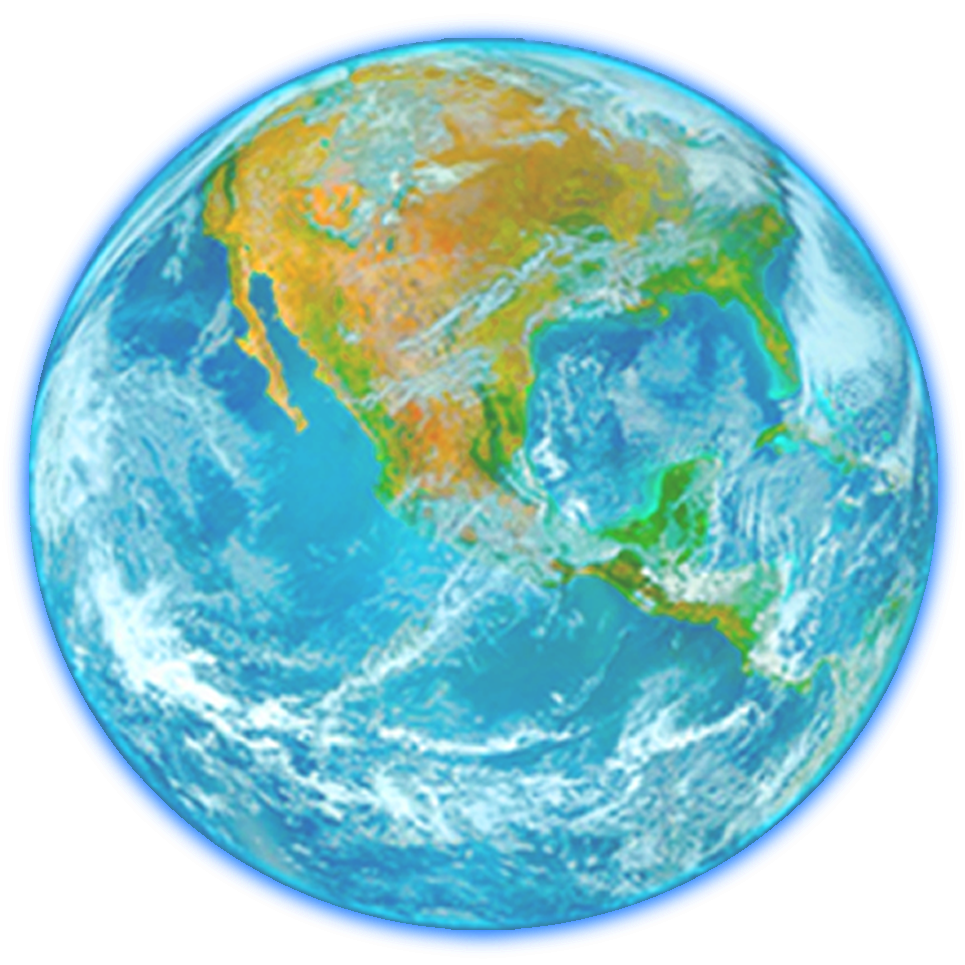 At Konohana Family,
We use materials that follow the natural system,And grow crops with the Universal Circulation Method. 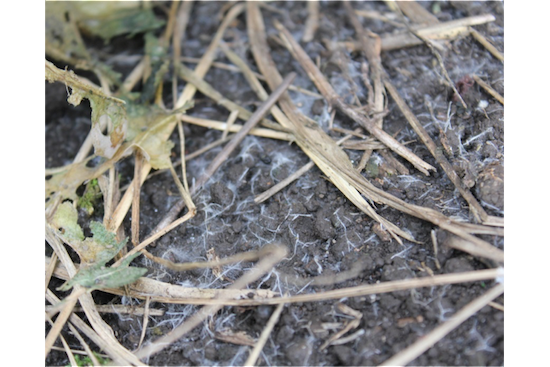 Microorganisms are the first life form that emerge from the world of vibrancy and they exist in various places such as in soil, water, air, food and our body. Since the very beginning of the establishment of the community, we utilized microbial materials such as “Konohana Kin” which we uniquely cultured by adding highly anti-oxidized leaves of red pine, loquat, bamboo and seasonal plants, and also a brown rice amino-acid, a photosynthesized microorganism to enhance the biodiversity of our rich rice and vegetable fields.
Microorganisms are very sensitive, so they are greatly influenced by the state of the human mind, which plays a role in microbial development. When humans release their attachments and receive whatever nature provides, the microorganisms can enrich the crops and natural environment with their beautiful vibrancy, full of undistorted life force.
Also, microorganisms have a function to purify the soil and river. They are a wonderful component in natural circulation! 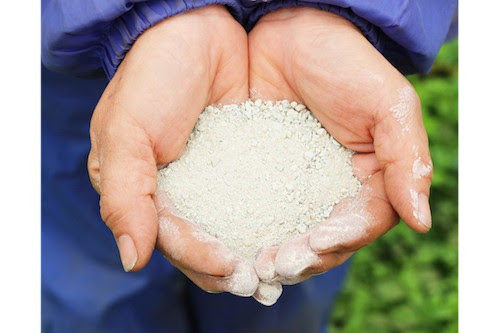 Clino Zeolite is made of incinerated zeolite which is a mineral made of coagulated volcanic rock, which generates a negative electrical charge.
In earth’s long history, plants have always evolved by taking nutrients, which are broken down (eroded) organic matters in the soil (such as the carcass of animals or plants from the previous generations).

Clino Zeolite enhances nutrient absorption in the soil, that otherwise could not occur due to the excessive applications of chemical fertilizers, to an eroded state with its magnetic power. As well, it adjusts the soil’s environment to its original capacity that has been developed over evolution, and allows for restored soil composition. 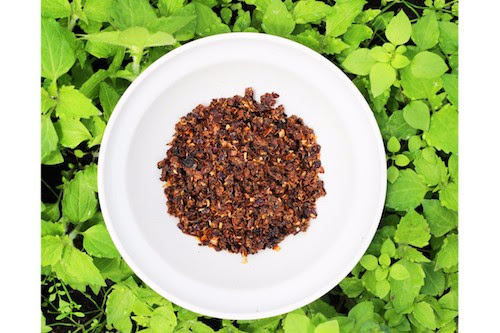 Neem is an evergreen tree native to India and is referred to as the “Miracle Neem”. It contains various natural effective substances such as Azadirachtin, and prevents the growth of true fungi that cause diseases; in addition to suppressing the appetite and reproduction of insects. However, curiously, it is a miracle plant that does not affect beneficial insects or animals.

Zeolite adjusts the soil balance and supports the body of crops, and Neem protects crops from disease epidemics and insects due to environmental changes caused by global warming.

In fact, it turns out that NPO Green Grass imports this neem product from Thailand with the connection of Phra Sangkom, who is one of the participants of the Earth Summit (hosted by the NPO Green Grass in November, 2015). A necessary thing will naturally come — that is the life of the Universal Circulation Method!

Radical Oxygen causes many diseases and aging to the body, and also shortens the longevity of materials. Then, hydrogen water can get a lot more attention to improve these state; however, hydrogen servers or makers are expensive.

Good News!
You can make it very easily with something that you throw away on a daily basis.

A Very Easy Way to Make It! 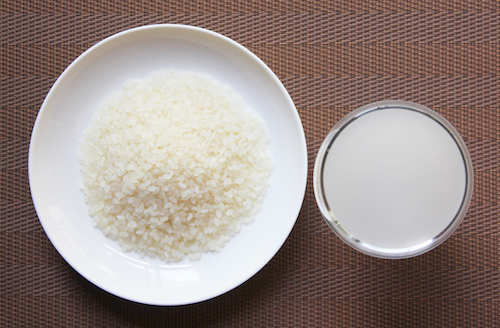 You can use either brown rice or polished rice. Rinse them well three times. Pour the rinsed water after the third time into a sealable container or a bottle in order to prevent exposure to air. Leave it for fermentation at room temperature for 24 hours. If you live in a tropical area, leave it for 12 hours. If you live in a cold area, leave it bit longer. By tasting, you will find the best timing. That’s it! You can make natural reduction water.

The best one has a beautiful fermented taste from the fermented rice water, and does not have a sour flavor or that of mere simple water.

＊Please use it up within 48 hours since the effects will be lost after 24 hours.

How Amazing! – How to Use the Hydrogen water.

It is very easy to make, so please try it first! Synthetic detergents pollute the world’s water. If you replace it to this H-water, it will make the rivers and oceans cleaner, and you do not need to buy detergents and soaps because it is biodegradable.

How wonderful that we can totally utilize what we have thrown away every day!
The earth is designed to circulate and harmonize everything.

Let’s be in the flow of this universal circulation together!

PDF version of the Konohana Family Newsletter can be free downloadable from the following site.

Konohana Family Newsletter is based on the Creative Common so that you waive all copyright and related rights to a work to the extent possible under the law
as long as you mention the source of the information.

We wish this beautiful vibrancy reach to many people in the world! 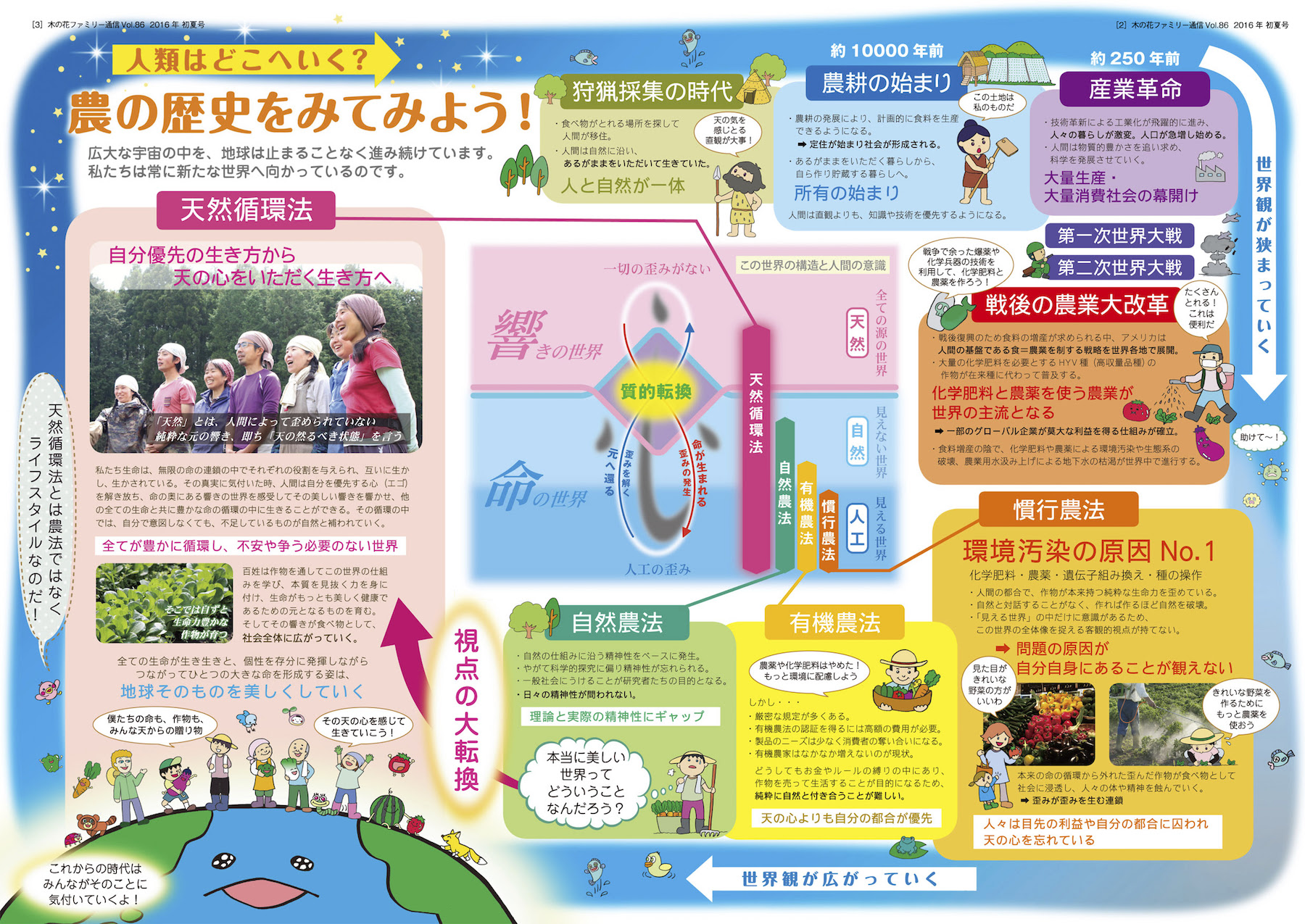