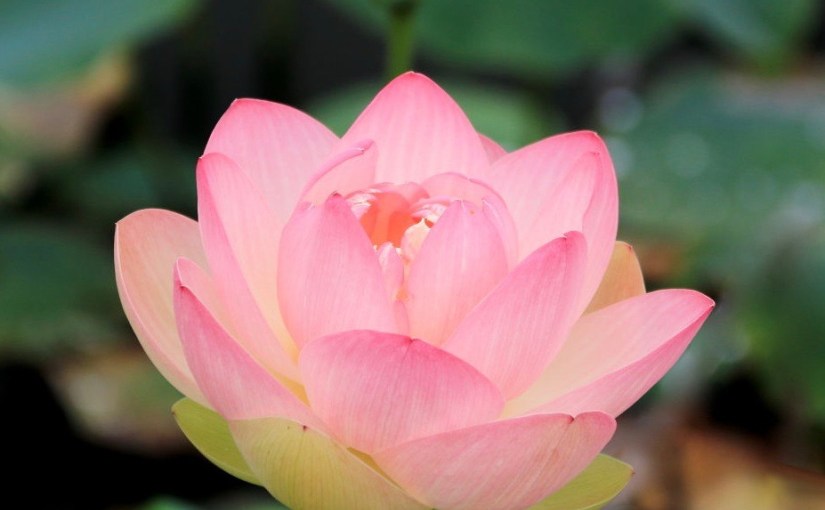 Every time we offer a graduation concert to care guests, Isadon, a main coordinator of the natural therapy program, gives them a message for their departure toward a new life. This time, his message was sent out not only to T-san, but also to the whole of humanity and the universe.

When T-san came to the Konohana Family to take the natural therapy program, she had desires to control her life as she liked. During the first consultation, I said to her, “that is an expression of the era from my viewpoint.” However, many people have not realized this yet. The reason why the Konohana Family has been practicing this kind of lifestyle is not because we want to live like this. When the era shifts, a role to show this lifestyle as a model for a new era was given to us, and that is way we have been playing such a role. It cannot be understood from a viewpoint to gratify individual desires.

A terrorist attack occurred in Bangladesh on July 1st. Not only that, many terrorist attacks have occurred everywhere in the world such as Iraq, Saudi Arabia, and Indonesia between July 1st – 5th. It is said that many of them were the work of Muslims or terrorists who have received Islamic influence. However, is it true?

Let me pick up a perspective. The Japanese media have broadcast that the Japanese victims of that terrorist attack in Bangladesh were socially great people who have contributed to developing countries very hard. I do not mean to criticize that, but I have another perspective. The purpose for support by the Japanese NGOs in developing countries is business. Also at this time, the people who were involved in companies under the support of JICA made a project to organize the traffic network in Dhaka. Surely, they and local people would have hoped that Bangladesh will become a rich country with an organized traffic network like Japan. It is merely financial and physical abundance.

I have watched TV programs not only about international news but also about Japan for the past few days. In Japan, about 30000 people have committed suicide every year in the past 10 plus years. In addition, care for elderly people has become a big issue. Although there are so many people in the world, many people die alone. More shockingly, many people have killed their elderly family who needed care, especially recently. That is, people take care of their elderly family and end up killing them. Japan is a financially developed country, but in a sense, it has prioritized money and materialism too much. At the same time, the reality is that Japan has a very high poverty rate. On top of that, Japan has the longest “unhealthy lifetime” which is the period from sickness to death, among all the developed countries.

I believe that the Konohana Family’s lifestyle itself is a way to be able to solve various issues in the modern era. When I was watching the program about the murder of elderly family members who needed care, I thought the elderly members in the Konohana Family will not encounter such a situation. They are given an appropriate role and live very vividly the way they are. Then, I have become convinced of the importance of our lifestyle. It might be difficult to see it if people see it superficially, but I have reaffirmed that lots of solutions are everywhere throughout this lifestyle in order to face a new era.

When T-san visited the Konohana Family and had the first consultation, I said to her, “Your symptoms express the era.” Actually, all the phenomena which we encounter in our life express the era. Everything, good and bad creates the era. We can keep what is considered good the way it is. However, as for events which we feel uncomfortable, unless we understand their meanings well, and utilize them in our life, more negative eras will be created. Only when people realize that light exists on the opposite side of negativity, can they return to the light anytime.

I saw light inside of T-san through taking care of her pathological symptoms. Her excellence was of the 20th century type, and she has utilized it in a Western way. As a result, this has given so many contradictions and stress to her body and mind. With this, she cannot be a model for a new society. Therefore, I wanted her to overcome it and become light for many people in a similar situation as hers. Originally, everyone is precious and excellent, so I always want every single person to utilize it in a new era.

The era is already over when some excellent people lead the rest. I have realized this, so I have maintained the Konohana Family so far. Now, I am taking this path together with people who have resonated with it. The human value shown in the 21st century has not been known fully in the world yet. So, I want T-san to become a person who spreads this value together on earth from now on. Right now, I am talking to about 100 people here, but I am spiritually talking to any existence, being aware of the whole humanity, the earth, and the universe itself. That is because the era has arrived when this value will spread finally.

Therefore, the activities of the Konohana Family is not for anyone. The time has arrived when the universe requests it, and we should express it naturally. New messengers emerge when the era shifts greatly over the course of human history. They are diverse, like messengers for destruction or to show a new order. We can see this in the current era through various phenomena.

T-san’s severe case of depression appeared in order to create a new era. However, if she cannot see its depth, and she considers her symptoms just as a disease, there is just one patient with depression in the world.

Also now, it seems like the whole human society has been depressed, and the cause of depression exists everywhere in Japan, the US, Europe, and the Middle East. The earth has physical symptoms such as environmental destruction, and its life force is expressing depression as contradictions toward it as our human body does. As a matter of fact, the autonomic nerve of the solar system is the Sun. However, now that the sunspots are functioning abnormally, the activities of the earth’s magma have been abnormal.

The 21st century is the era when humans become aware of this truth. Humans have considered gratifying their own desires as abundance and sought happiness in an extension of that. All the social components such as politics, economy, religions, education, and medical treatment have been developed under such a value. That is why, no matter what conventional method humans use, they are facing a situation where they cannot find a solution anymore.

What would be a breakthrough for this? The answer exists in that humans will realize how the universal structure is and what relationship humans have with the universe. In fact, all the information pertaining to these subjects has been sleeping inside of us. However, if we are tainted by our ego, we cannot wake up from there. This is a condition where individuals are trapped by the “dictator” of ego.

Are we going to be trapped in the small “dictator” of our own ego, and bring contradictions into this world without living in harmony with other people? Or, are we going to learn such silliness, remove the frame of ego, and release ourselves toward the great “dictator” of the universal law?

Becoming aware of this truth is the hurdle given to each one of us who lives in the 21st century. If we release ourselves from our ego, we will become the universe itself. When we shift from the era of physical-like, two-dimensional thinking in the 20th century into the three-dimensional one, the 90% of our brain which has been asleep for such a long time will become utilized finally. This is a world which cannot be interpreted by the conventional two-dimensional thinking based on profit and loss, or good and bad. When we come to utilize our three-dimensional brain, extremely extraordinary ideas will come out. Moreover, even if we are on earth, we will be able to understand the universal reality instantly. On top of that, the flow of things will become dramatically smooth, and truth will come out. This is the society where humans living in the 21st century create.

Truth is not gained based on knowledge. Truth is what comes out to people who are able to see what humans should originally see, and is expressed in their way of life. And every one of us has a potential to receive it. Now, the time has arrived when the earth takes a new step into the universe along with human awakening.