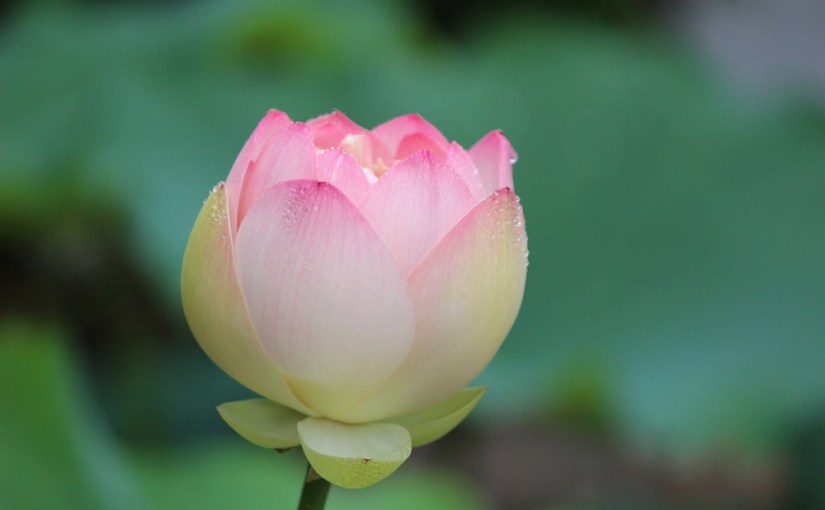 After T-san read her letter to the Konohana Family members during her graduation concert, her supporter, Yoko shared “T-san’s awakening story,” reflecting on her four month stay here.

From the universal viewpoint, when the winter solstice of the galaxy arrived on December 21st, 2012, and it had been half year since then, an incident which drastically shifted the direction of T-san’s life happened to her in June, 2013. “All of a sudden, my invisible protective shield was gone, and all my inner pains were flooding out. I became very suicidal. At the same time, both a sacred existence who gave me great wisdom and a monstrous existence who tried to attack me started to appear.” For her, who had contributed internationally as a lawyer and a social entrepreneur, this incident became a turning point for her spiritual awakening. However, she was diagnosed as the most severe form of depression at a psychiatric clinic in Taiwan, and had been suffering from sleeping disorder, low energy and no motivation to live on for 3 years since then. Also, she had various physical symptoms such as sympathetic disorder, hormone disorder, liver malfunction, allergies and high risk of cancer. In such a situation, she found out about the Konohana Family on the internet, and then visited us for the first time on June 7th. At the first consultation with Isadon, a main coordinator of the natural therapy program, he said to her, “Your contradictions of mental energy have created your current condition, but in fact, the era is requesting your symptoms.” Then, when he explained that a 248 year cycle of Pluto came to an end in 2008, she said with excitement, “That is why I quit my job of a lawyer!” Moreover, she listened to his analysis about her personality and life mission based on the karma, heliocentric calendar, and the Katakamuna reading, and became so impressed, saying, “Today is a life-changing day for me! It is an eye-opening awareness that my excellence was analyzed as the 20th century type!” In this manner, she decided to take the natural therapy program.

Before she came here, she could not fall asleep till the dawn. However, since she came here, she was able to fall asleep at night and wake up in the morning naturally, which was a good surprise for her. Also, she felt her body was purified and cleaned rapidly even for the first week, and said, “Healthy food here is very effective for my detox and I feel I have been physically nourished by everyone. But mentally, I am still unstable and feel very nervous.”

A week passed and Isadon told her as follows at the beginning of the consultation after the first week. “In terms of the consultation for care guests, I usually focus on contents to overcome their pathological conditions. However, in your case, considering how you are going to contribute to society in the future, your current physical symptoms are not a big issue for me. In a sense, facing a turning point means entering a new world. Therefore, once you transcend it, you do not have to originally think of the past. Actually, this the first case of the natural therapy program for us. Once your spirit becomes awakened, you will be able to overcome all physical symptoms automatically. When you recover confidence in your health, you will begin to live with a new consciousness.” Then, the rest of the consultation became the time for Isadon to answer some questions from her about the divine, the system of this world, and human ego. Two hours passed so quickly. At the end of the consultation, when he looked at her heliocentric calendar again, he said to her, “In your heliocentric calendar, your tendency that you have certain thoughts, but cannot take actions, or a need to nurture your feminine energy appear. Please try to know and improve your personality by continuing to write a journal next week, too. Proper changes appear with proper reflection.” This is how a substantial consultation ended.

After she entered the second week, her mental tendencies and emotions based on her past trauma began to appear obviously. She said, “The environment here is great, but when everyone is nice to me, I feel I do not deserve it and feel suicidal. Since I came here, I have been relatively stable. But, before I came here, I cried every day. I cried this morning, too. I am scared of breaking my own frame.” In such a situation, she decided to perform in front of everyone at the birthday party held on June 17th, in order to break the frame that she has to be perfect in front of everyone. So, she was trying to transcend her own frame. Also, from her excellence and competitive spirit, she felt angry at Isadon’s comments on her journal. Later, she gained an awareness like, “Everyone feels his great love, but I cannot feel it due to my filter. Now, I came to understand what he always told me through his comments was to see things beyond my frame.”

Then, Isadon told her as follows at the consultation after the second week. “It has been two weeks and you came to understand your tendencies quite well. However, you have a pattern to see things through your emotions, and you cannot remove it yet. At the first consultation, I told you if this program proceeds smoothly, your high risk of cancer will be solved naturally. As a matter of fact, becoming emotional creates a tendency of cancer. I was looking forward to today’s time with you including that, because I thought the timing has finally arrived to tell you this.” Then, just like the previous consultation, she asked him about human ego and free will, and a high-dimensional stories were withdrawn from Isadon. At the end of the consultation, he said to her, “You have withdrawn stories that I wanted to talk about, as always. Therefore, if you utilize such a high consciousness in the coming era, you will play a great role for society and other people. However, such a person is taking the natural therapy program here. In fact, you should not be interested just in yourself. I am sure it is very meaningful to tell you this today, on June 21st, 2016, the day of the summer solstice. Today is a very important day for the whole humanity. You have experienced in knowing yourself over two weeks, so I would like you to live as a new version of you with today as a great turning point. Therefore, please continue to write a journal to face yourself and become aware of your true role next week, too.” In this way, another fulfilling one hour and a half consultation ended.

However, she could not write a journal, feeling like “I have many thoughts, but if I write about something negative, I can tell Isadon will make comments like I am trapped in my ego. I want to withdraw important stories from him, so I do not know what to write,” “I cannot understand why he is 100 % right and I am always wrong.” While she could not work on facing herself well, the next consultation day arrived.

The consultation after the third week was different from the previous ones, and ended only after 20 minutes. Isadon said to her, “When I reflected past three weeks, you are a very unique care guest. It has been a great experience for me, too. However, I think you have understood my intention to support you in the end, but in fact, you should have understood it more easily. This means your high abilities and tendencies caused extra time. At the beginning of the program, you were trapped in your past, and now you are trapped in your current state. Therefore, you cannot shift to a future-oriented manner. If you spend the fourth week with such a way of thinking, I can announce your graduation from this program at the next consultation.” Then, he asked her about her reflection over three weeks. She answered, “I am a Chinese person with a Western thinking. Considering the history of Hong Kong and China, I am afraid of a dictator.” Before she finished her talk, Isadon interrupted it and told her as follows.

“From my perspective, this world is very autocratic. I am not talking about the human society, but the absolute existence of the universal law operates this world. We were created from there and operated by such a law. Unless you understand this, it will take extra time for our interactions. That is why I have interrupted your talk and am telling you this right now. As you said, the history of Hong Kong and China, your Western thinking and your personal relationship with your family occur only because you divide things into pieces and focus on partial matters. If you remove the factor for your consciousness to concentrate on them, such a matter will not happen to you. If you come to see things without limiting this world, you will be able to release yourself from various symptoms and reasons why you came here to take the natural therapy program, and live a life to contribute to this world the most. So, I would like you to shift to a direction to express your excellence positively in your life because you are originally excellent, without your personal matters and partial viewpoints next week.”

It was just before the consultation after the fourth week, when she finally came to face herself seriously and was able to reflect on her emotions and thoughts with an objective viewpoint. Before she came here, she already decided to stay here for a month. So, this consultation became the final one during her stay. Isadon told her as follows. “I sometimes wondered if you can graduate from this program in the middle of your stay. As its reasons, first you have many past traumas and then you are socially smart. These two factors became hurdles for your improvement. However, what I have realized through interactions with you in the process is that you have expressed your negativity very honestly. In any situation, honesty is the biggest condition for improvement. In an extension of that, your excellence have worked successfully. Even if you deny things first, you came to accept the message or intention behind them immediately. This is not like a mere learning to take in new knowledge. You have the importance of what I have said inside of you originally. Therefore, no matter how strongly your past traumas affected you, you were able to transcend them theoretically with your excellence and in the way where you were trying to remember from your inner self. As the original purpose, I have just supported you, and you did become aware of the truth within yourself. In addition, you have utilized all the lessons you have learned in various places. As a result, you have reached your current state. So, we would like to have a graduation concert for you tomorrow night and celebrate your graduation with everyone!”

In this manner, she successfully graduated from the natural therapy program after four weeks of her stay here. From the general medical treatment, she was a really difficult case. Therefore, now that she is going to spread her own case to the world, she is full of hope of expressing her true self from now on. “For the first week of my stay here, I was in an old state and felt like I cannot do everything I want to do. But now, I can feel I am connecting with my bigger self. It is the light of my hope.”

Her new life has just begun with the opening of the era of light.