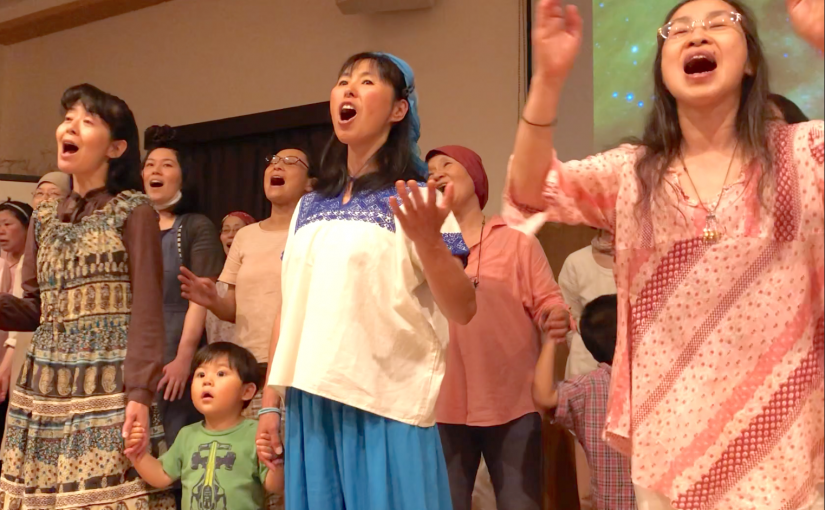 The other day, the parents of our members visited Konohana Family, and we held the welcome concert for the first time in three months since we have stopped accepting guests due to the Coronavirus.

The “three Cs” means Closed Spaces, Crowded Places, and in Close Contact. Now the world is trying to avoid “Three Cs” not to be infected by Coronavirus.
This song was born in Konohana Family, where people live in the “three Cs”. Even though people around the world are now separated from each other, we can share this song with you through the internet, along with its spirit. It may remind you of your true purpose of being born on this planet. Please listen to it! 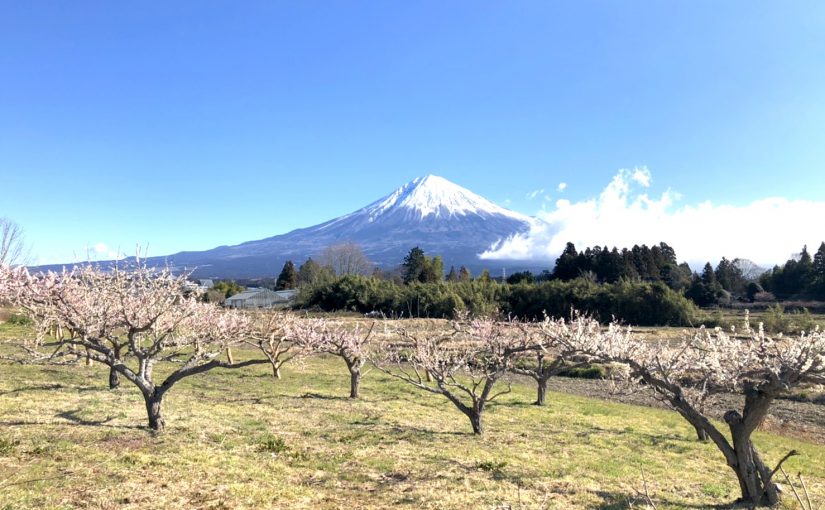 At present, the spread of the new coronavirus has caused people to take unusual measures in different parts of the world, as well as in Japan. Some of our friends overseas are worried about this situation,  and sent a message to the Konohana family asking, “I want to hear how Jiiji (the founder of the Konohana Family) sees this situation.” Then, Jiiji responded as follows.

The appearance of the new coronavirus, if it is compared to a play, seems like the appearance of an actor who comes on stage at the climax of the story. This character is who the audience and other characters have been waiting for, but since they have all been too immersed in the play, they have forgotten that this appearance brings some type of resolution.

The new virus has emerged in a very delicate form, yet is not meant to drive humanity into destruction. It appeared very gently, and since it is invisible, people are terrified. So, what people fear about invisible things is that until now they thought that humans could overcome all events with their own power, but that does not work anymore, which makes people scared.

Originally, it is not in our hands for humans to exist and also live our lives. If we realize that this event is happening to have us understand that, then this event will guide us to our original position as lives which are integrated with the great life force energy that creates this world. Considering this, we humans need to have an attitude to take this modest problem with the utmost seriousness now. However presently, few governments or individuals are aware of this. If humans do not notice this now, the world will give messages to humanity with a second and the third round of phenomena, which will not only be a virus, but also various environmental changes.

What is important now is to receive this phenomenon as a message as a reflection on our past actions, and to realize that it is necessary for us to fundamentally change the viewpoint of our lifestyle. This event can be considered as an invitation for that.

In the first place, human beings are not the creators of this world,
but the creations of the creator, so we should exist according to the rules of the creator and go back to that original position again.  Not only at the moment, but it is always natural that humans live in this way, and if we don’t realize this, the world will continue to give us further difficulties as a message for mankind.

Don’t you think this phenomenon as a new virus is very subtle? It is a situation which urges people to notice. This is not a hardship, but a gentle reminder. If it were a more radical message, a nuclear war could happen, but actually it has not.

Animals and plants in nature disappear plainly without any complaints, even they are sacrificed as a message for humanity’s actions, such as the ongoing forest fires in Australia. However, human beings are the only ones who complain, suffer, and do not try to accept the messages behind the problems though they are the cause of them. If we could see ourselves from an objective point of view, objective realize how ridiculous we are. This is a result of our lapse in objectivity due to the expansion of the human ego. If the leaders of international organizations, nations, and each one of us does not think about this matter seriously, we will never find the fundamental solution to these problems. Rather than focusing on the responsibility of particular countries, we need to consider this event as a message which will elevate our consciousness into the next era. With this attitude, we can naturally accept it with gratitude.

Hopefully, human beings who have been given the highest abilities among the countless lives that have landed on this cosmological
miracle of a planet, will regain the awareness of their original values as representatives of all lives.