A ninth grader named Kanoko represented the junior high school which she goes to, and participated in the 55th English Speech Contest for Junior High School Students of Fujinomiya-City on September 7th. The title of her speech was “A Clear Sky.” She placed her life into a lotus flower in her speech. When she did not go to school in her life, she was like in the mud. Then, she went through various experiences at a new place, and is growing every day to bloom a beautiful lotus flower in her life. As a result of expressing her life poetically in English, she got the second prize and advanced to the English Speech Contest of the East Shizuoka Prefecture.

The contest of the eastern district was held on September 21st, about two weeks after the municipal one. Her genuine smile attracted the audience and she received the biggest applause out of all of the participants. A judge said, “Appealing to the mind is important at this English Speech Contest.” Moreover, both judges praised her, saying, “First of all, the content of her speech is wonderful. Also, it matches with her personality.” As a result, she successfully won the first prize!

This is how she gained a ticket to move to the prefectural contest which was held on October 4th, about two weeks after the regional one. As she said, “I was not nervous, but I could not put my soul into my speech. So, I have some regret,” she could not maximize her charms. Also, the level of the participants was so high that, unfortunately, she could not advance to the national contest.

However, she has learned a lot through her participation in the contest, and her mind has grown bigger. After the contest, she said, “I will make more efforts, driven by regret.” Her great efforts have moved us, and given a great impact on the Konohana children who became interested in English thanks to her.

Isadon, who has supported her in terms of her mentality, made the following comment:
I have given advice that she should put her soul into her words throughout this speech contest. When I heard her speech on the previous day of the contest of the eastern district, I thought, “Her soul has begun to echo in her words finally. That was the best speech I have ever heard.” Therefore, the vibrancy which was beyond her English abilities echoed at the speech contest site, and led her to the first prize at the eastern district.

To tell you the truth, a vision came up to me the other day. In the vision, she is an adult and talks in front of many people in English. There is so much important data to show about the model of the new era to the world, as exemplified by the Konohana Family. When I was listening to her speech, I thought, “Here is an appropriate person for the next generation to convey such important messages.” Then, I said to her, “This contest is just one step in your life. These steps will continue all throughout your life. Please understand this and work on this contest.”

Now that English is the world’s official language, I saw a vision in which she will convey the Konohana spirituality, in English, in the future. I would like her to live a sacred life as, ultimately, a sacred person.

At first, I thought she would advance to the national contest, but unfortunately it did not come true. She looked a little regretful, but she knew that she has another path. We confirmed that this is the beginning of the next step. Also, I said to her, “Experiencing such a setback is the same as lotus flowers blooming out of the mud.”

In fact, I said to her, “Now that the English Speech Contest for Junior High School Students is over, it is time to begin to prepare for the one for High School Students!” She had a great experience this time, so I am looking forward to her bright future. I really appreciate everyone who has stayed with her and supported her in many ways to weave her story together. Thank you so much.”

It seems like a big soul is hidden in her small body. It is easy to imagine that she will make a speech on the importance of spirituality to people in the world in the near future. Surely, she will bloom as a beautiful flower in her life.

In early summer lotus flowers begin to bloom around my house. I’m always impressed with the beautiful flowers from the muddy pots. Looking at them reminds me of my past.

I was in the sixth grade when I stopped going to school. I didn’t like to study at all. I thought there was no need for me to attend my classes. I took care of my younger brother at home. I also spent my days doing things I liked to do. People around me often said “Go to school, or you’ll be in trouble.” I ignored all their advice. I was very selfish. I hate to admit it but I was stuck in the mud.

I came to a turning point in my life when I was thirteen. My family moved from Hokkaido to Fujinomiya to a community that consists of 100 members who received us warmly. I felt I was a part of this big family. For the first time I tried to be more open and talked with people of all ages.

One day an older man from the community said to me “Go to school, then you will be able to have experiences necessary for your age.” His words echoed in my mind. I tried to check myself again and again. Finally, I admitted that I had been making excuses to avoid school. It was time for me to go. I felt brighter and I looked forward to having new friends.

I enrolled, but had some troubles at my new school. I had a conflict with one of my classmates because of some communication on LINE. He and his close friends began to bully me. I was sad. I wanted to change and build a better relationship with them. In the past I would just blame everybody else and escape from school. But this time I asked myself. “What have I done?” I discovered that I was also wrong. I tried to listen to their opinions. Little by little they became friendly to me. They helped me to see things from many angles. It was time for me to grow.

I didn’t like science and math before. Should I give up on these subjects again or try harder this time? I decided to spend more time studying them. I read my textbooks in advance. Every time I solve the problems by myself, I’m excited like a scientist who discovers something new. I realized that a little more effort on what seemed so difficult can be interesting.

I enjoy my school life now. The simple school routines like, the morning greetings, handing in my assignments on time, serving school lunch and so on, make me more responsible. Working with my juniors is very challenging. Taking all the tests is very nerve-wracking. Playing soccer with my team is exciting. Listening to the teachers can be interesting or sometimes boring. Everything has a meaning and I’m growing every day. I treasure all these experiences and the friendships.

I remember the passage I read before. “Every child is a different kind of flower and all together makes this world a beautiful garden.” I will continue to open my heart and work harder. I’m determined to bloom like the lotus flower under the clear blue sky. What about you? What kind of flower are you? I’m excited to see you bloom too. 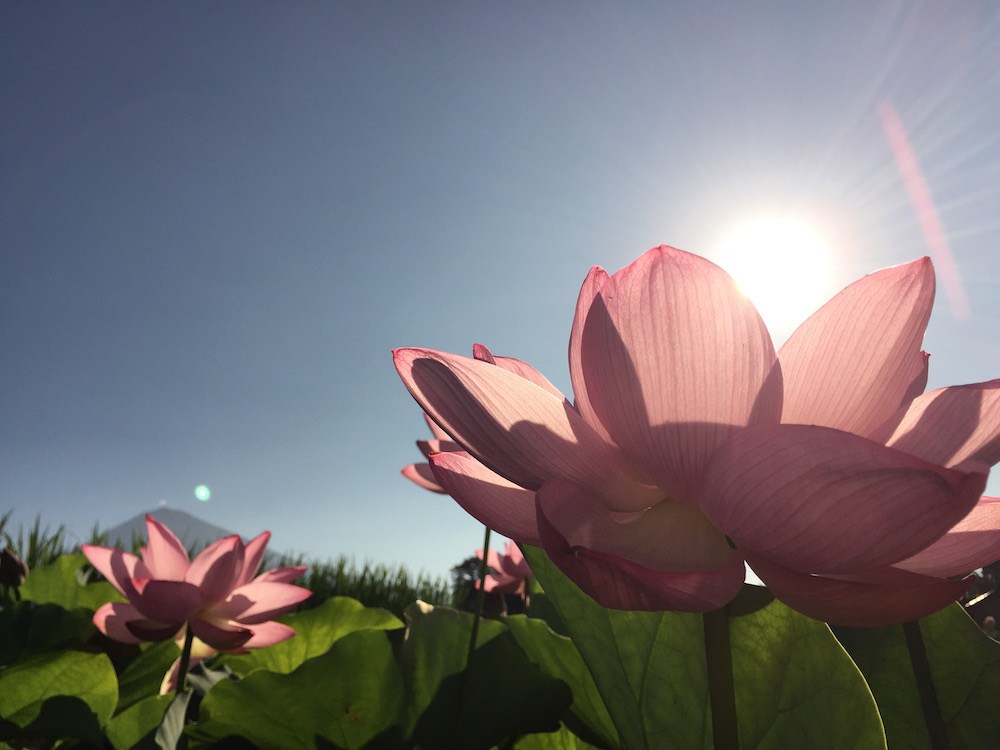